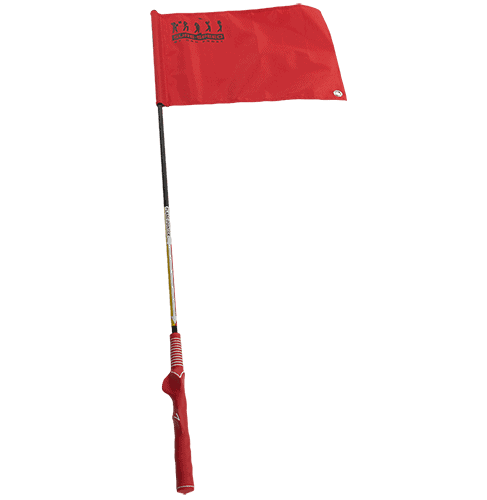 Availability: 1 in stock (can be backordered)

Moving the club fast at just the right time will add major distance to your drives.

What the Sure-Speed Golf Training Aid will improve:

Most golfers are capable of creating club head speed but it’s timing that speed to maximize power that counts. We tend to destroy our chances of a big hit a long time before impact.

The genius of the Sure-Speed golf swing speed tool is the auditory feedback: the louder the whipping noise you make as you swing the Sure-Speed flag, the more speed you’ll generate. The flag provides a moderate amount of resistance right as the hands move through impact and provides a strong auditory reference to the player.

Most critically, it’s the timing of the noise from the golf swing speed tool that’s the secret. Delay the swoosh until right on impact and you’ll boost club head speed and ball speed, guaranteeing power.  You’ll feel the burst of power on every swing and that dramatic whoosh will translate into pure power for every full shot you hit.

Please measure your foot to ensure you are getting the right size. TRUE sizes might be smaller than other shoes you own. If you’re between sizes, please size up.

Foot Length Measurements – this length reflect the measurement of your barefoot from heel to the end of your longest toe. The corresponding size allows for the extra toe room required for a comfortable fit.

Get notified about new products and specials